A Start with Aesop
Although he is perhaps best known for his sculpture and mobiles, Alexander Calder was also prolific in the creation of paintings and illustrations. He began painting in the early 1920s, at the beginning of his career, and began studying printmaking in 1925. His initial illustrations were primarily produced for journals and books—including pen-and-ink drawings he created for a 1931 publication of Aesop’s Fables.

Inspired by Mondrian
A 1930 visit to Piet Mondrian’s studio inspired Calder to move fully into the realm of abstract sculpture, and his painting followed the same course. The thin lines that defined figures in his earlier work now began delineating groups of geometric shapes. These groups of shapes often appear to be in motion in his work, and in this way mimic his kinetic and mobile sculptures.

Increasing Value & Worth
As Calder’s reputation as an artist grew throughout the 1940s and 1950s (and beyond), so, too, did interest in his work. A 2012 auction set world records for two of his sculptures. Today, his paintings and gouache, lithographs and print, and sculptures and mobiles, as well as deluxe editions of books featuring his fine-art illustrations, are highly sought-after and often sell for close to or greater than their high estimates. 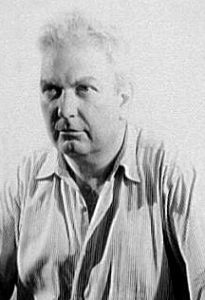 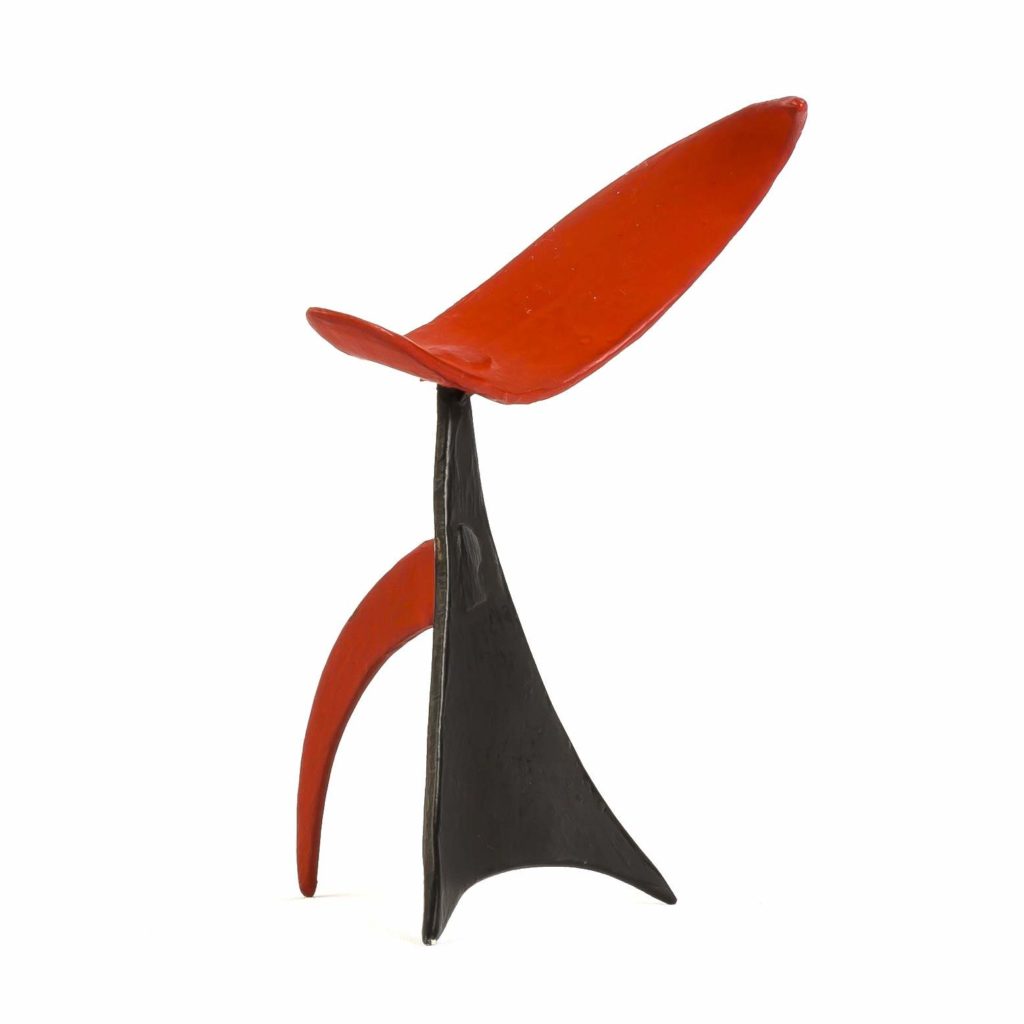 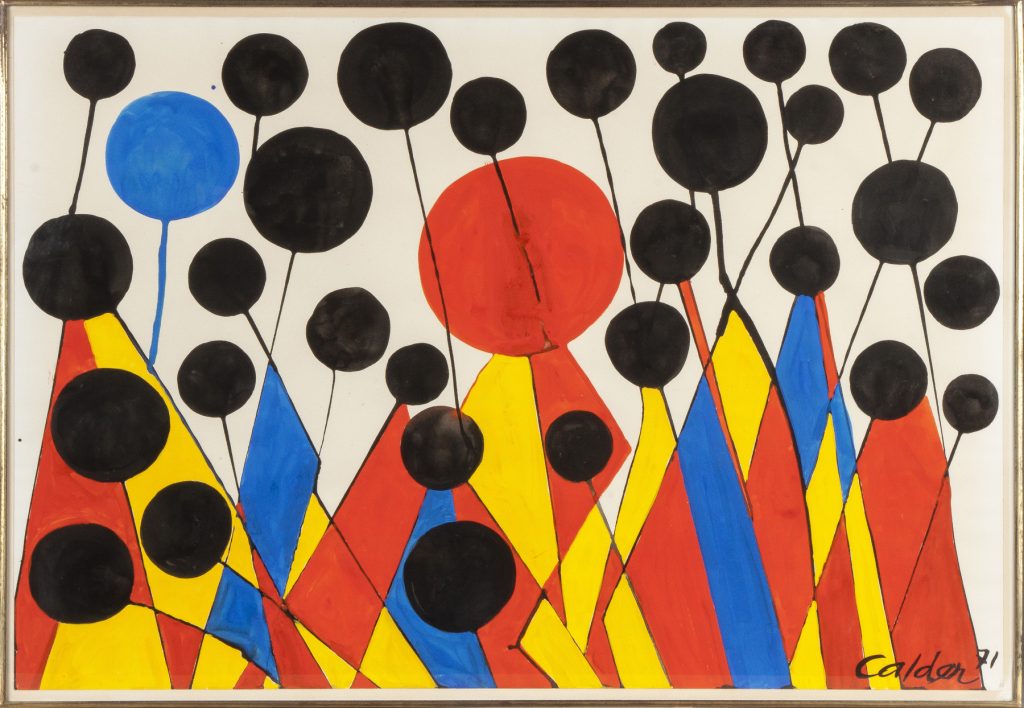 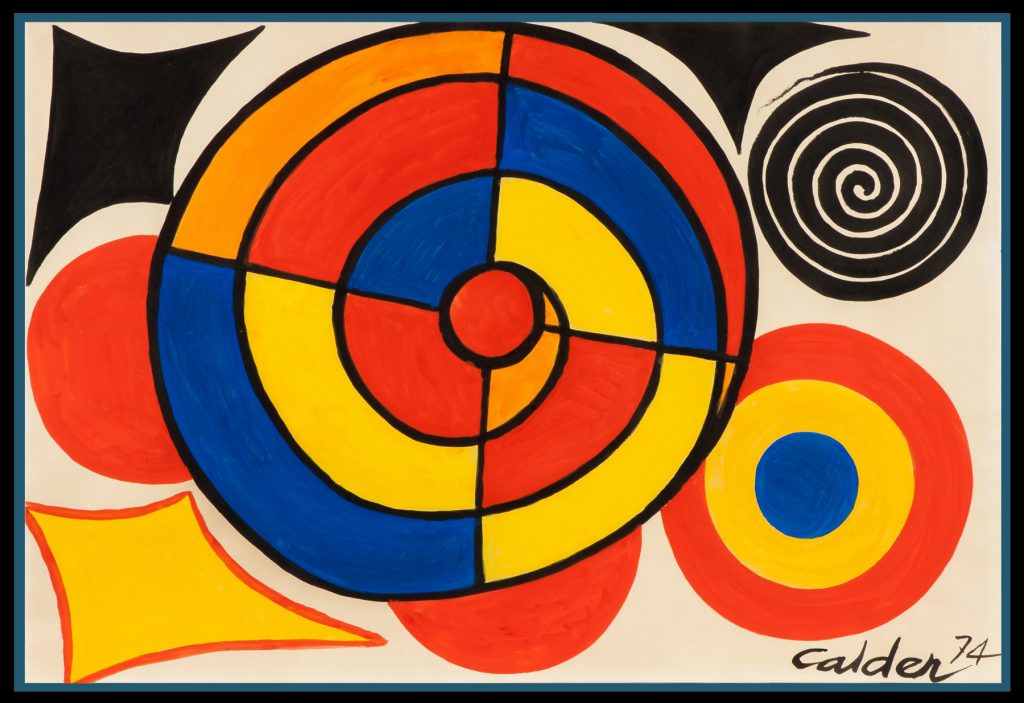 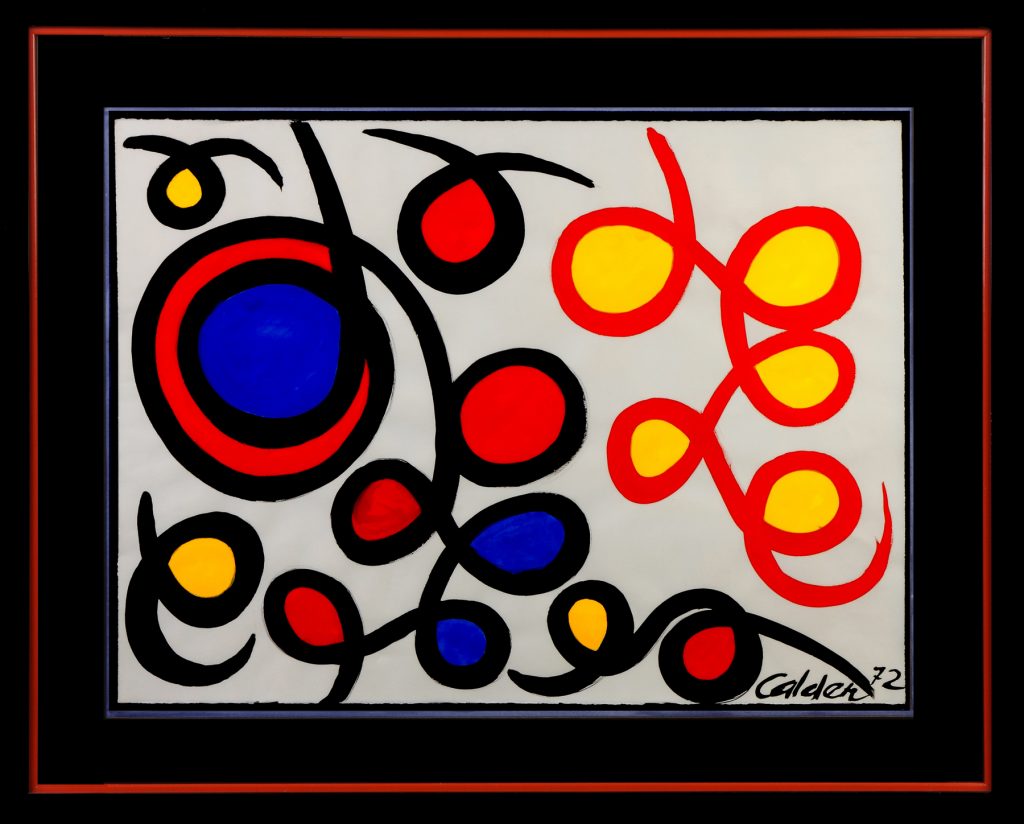 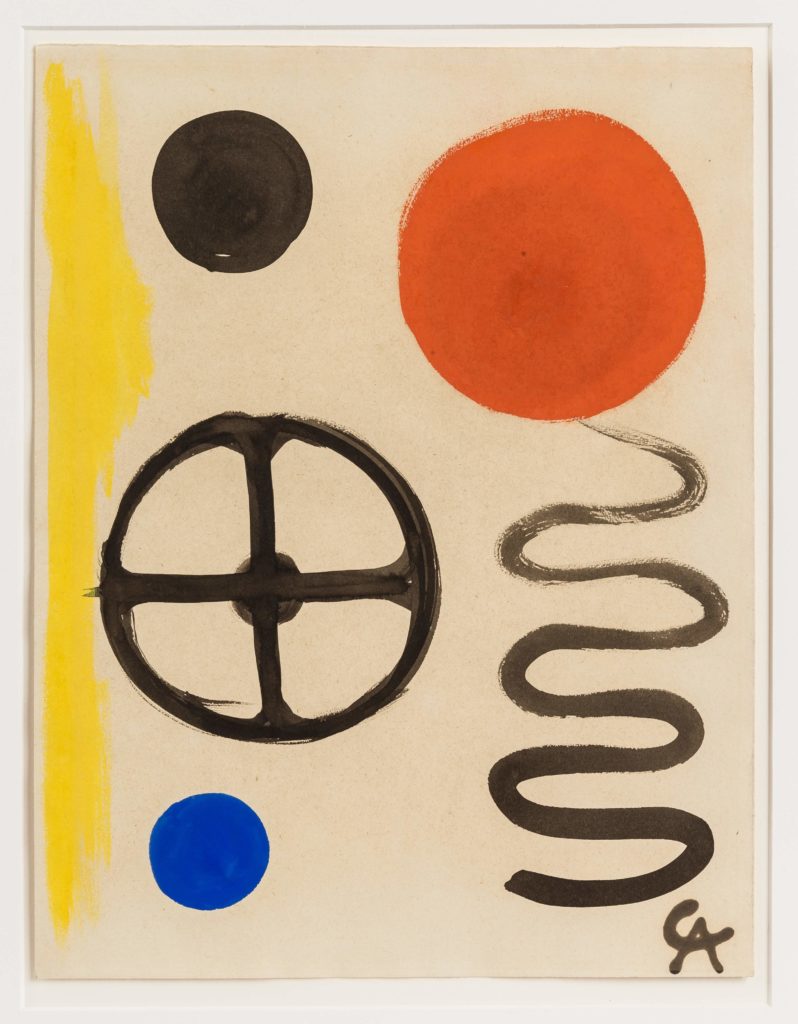 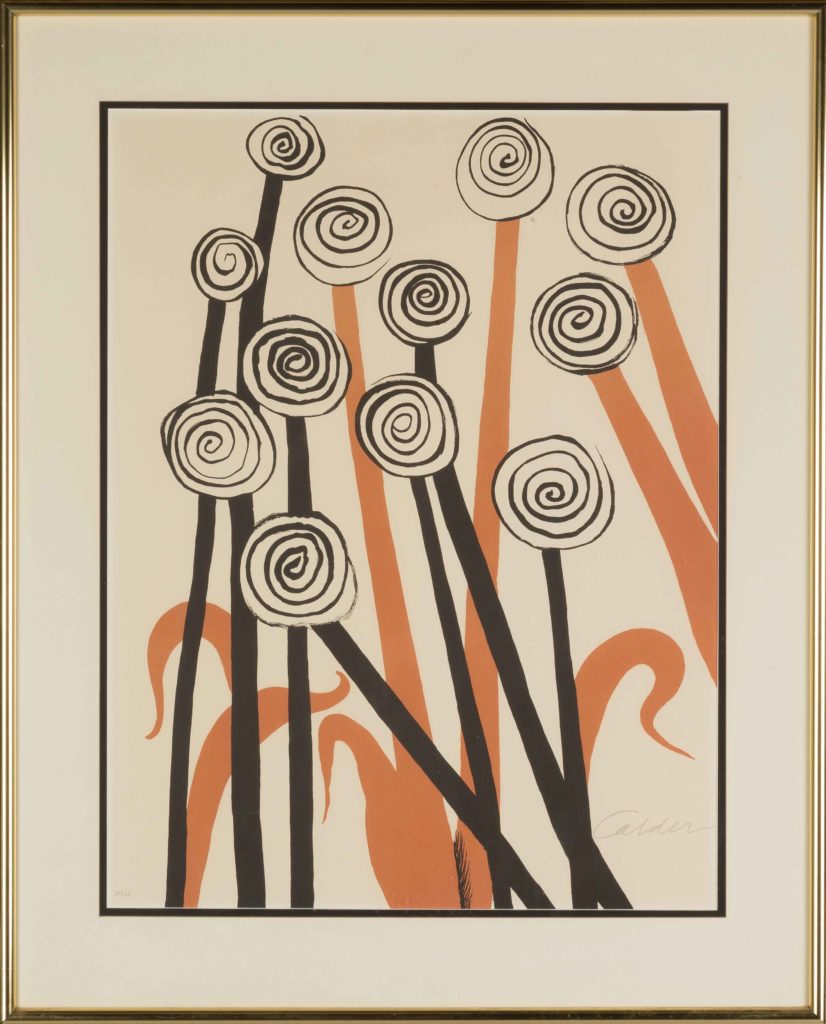 Do you have an Alexander Calder Painting or Sculpture?

Please complete the request form at right and upload at least one photograph of your Alexander Calder painting, sculpture, gouache or print.