In his late teens and early 20s, Louis Comfort Tiffany traveled extensively through Europe, North Africa and the Middle East, where he was inspired by the diversity and beauty of the art and architecture he observed. He returned to the states in 1872 and began his studies in glass and mosaics. He is credited with the creation of “opalescent” or “iridescent” glass and used unique approaches and styles to create his iconic glasswork.

Louis Tiffany incorporated the Tiffany Glass Company in 1885; it was renamed Tiffany Glass & Decorating Company in 1892 and then, finally, Tiffany Studios in 1900. He exhibited early examples of his glass lamps at the Chicago World’s Fair in 1893, catching the attention of museums and collectors on both sides of the Atlantic, but his first commercially produced lamps appeared around 1898.

In addition to lamps, Tiffany Studios also produced vases and other glass vessels, tiles, stained glass windows, glass mosaics and desk furniture. The studio’s client list included such notables as Mark Twain, Cornelius Vanderbilt, and even the White House. Due to the popularity of Tiffany’s work, forgeries and reproductions abound—some even dating back to the early 1920s.

Today, genuine Tiffany Studios lamps can be worth a small fortune. Original pieces made between 1890 and 1930 can be worth anywhere from $5,000 to over $1 million. The highest ever paid was $2.8 million at an auction in 1997. 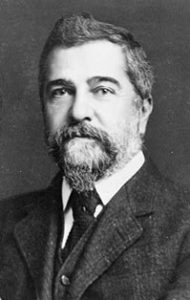 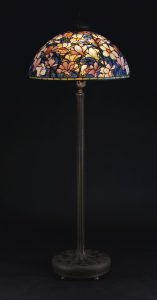 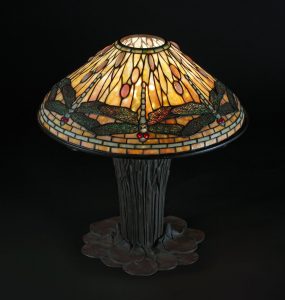 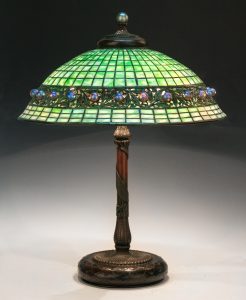 Do you have a Tiffany Studios lamp?

Please complete the request form at right and upload at least one photograph of your Tiffany Studios item.