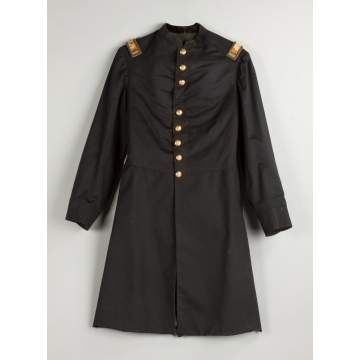 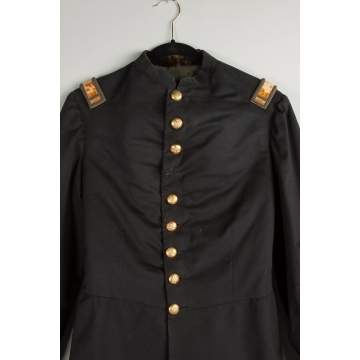 Watson W. Bush (1841-1927) of Rushford, NY, Allegany County, was a Civil war Captain of the Company B 2nd NY Mounted Rifles. He was a prisoner of war, who was captured September 30, 1864 in VA. He was held in the Rebel Military prison in Danville, VA. Paroled from Libby & exchanged March 10, 1865. From the Report of the Adjutant General of NY: Bush. Age 22. Enrolled Jan 12, 1864 at Buffalo. Re-mustered as first lieutenant, Co. B, to date Jan 7, 1864, to serve 3 years; Captain to date, April 17, 1865; mustered out with company, August 10, 1865, at Petersburg, VA; commissioned first lieutenant, March 29, 1864, with rank from January 7, 1864; captain, July 31, 1865, with rank from January 28, 1865, vice Runyan, promoted. Bush’s letters to his father are in the NY State Library. They comment on the campaigns at Spotsylvania, Cold Harbor & Petersburg. He discusses the impact of the war upon the morale of soldiers in his company as well as the combat action he has seen. Captain Bush was married to Weltha Jane Bush, also of Rushford, NY. He is buried in White Cemetery, Rushford, NY. Directly descended in the Bush Family